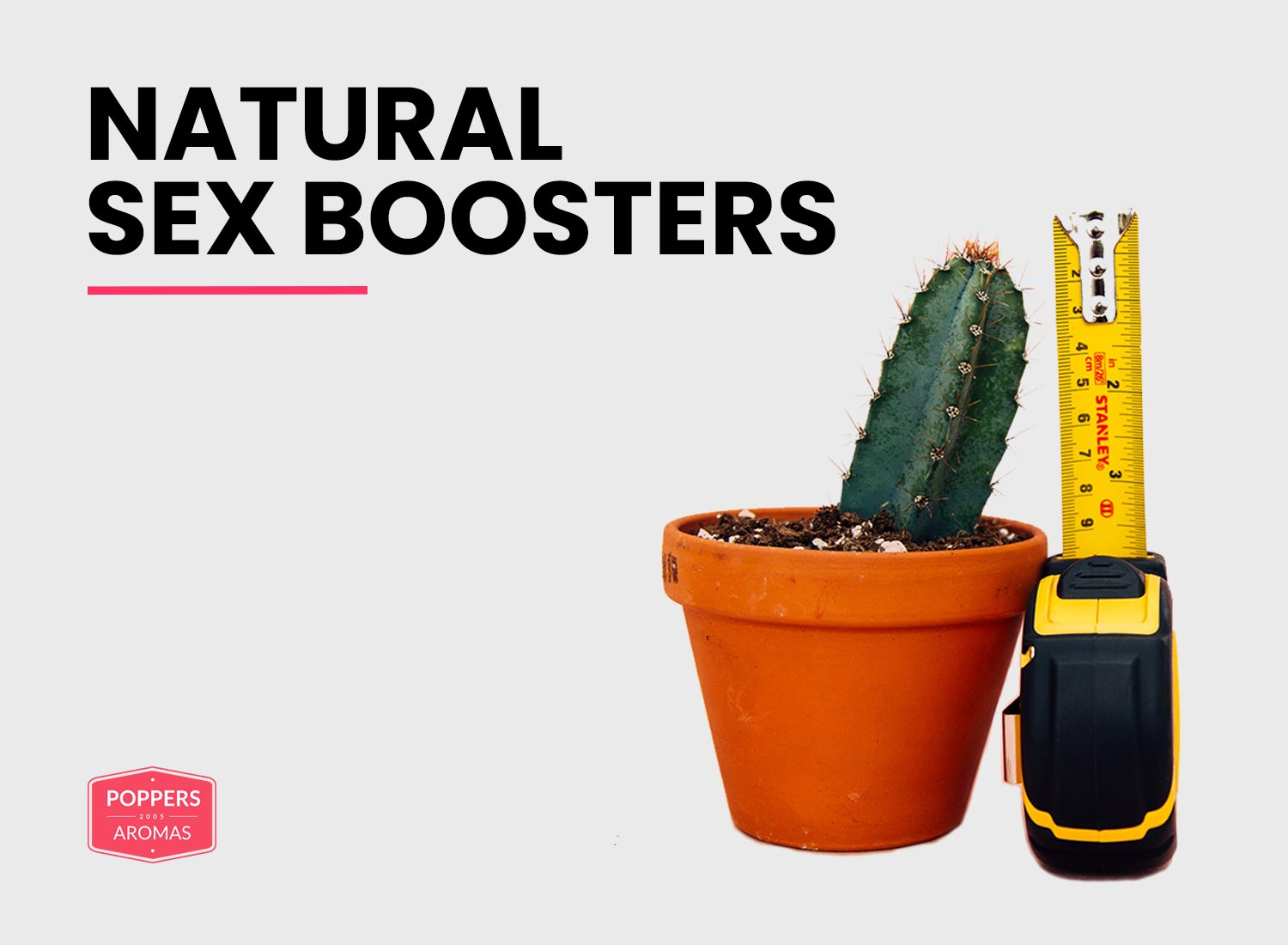 Since antiquity, men, have tried to find natural solutions to enhance their sexual performance, either to remedy a problem of erectile dysfunction or simply to improve the blood flow inside their penis. Natural sexual boosters were the best option for them to get their self-confidence and their vigour back thanks to the plant extracts, vitamins and minerals that their pills or tablets contain.

We have decided to present the 4 most popular natural boosters for males in the following article. You’ll find below some of their advantages and the options we have for you on Poppers Aromas.

Also known as the tree with the 40 crowns or tree with silver apricots, Ginkgo Biloba – originally found in China – is the only “survivor” from the family of Ginkgoaceae. Its specific fan-shaped leaves enable it to extract its components to make several products such as teas or sexual boosters.

In addition to boosting your memory and your concentration, Ginkgo Biloba is a reference in the field of aphrodisiacs since it’s used to boost the performance of people suffering from erectile dysfunction. Its huge quantity of flavonoids improves the blood flow, which allows men to have longer and firmer erections.

There are food supplements or creams whose ingredients contain Ginkgo biloba extracts. This is the case with the penis enlargement creams Titan XXL and Men Size XL. These sexual boosters are made for men wishing to enlarge their penises to get a longer erection before having sex. Ginkgo biloba increases the blood flow to the penis and helps get back your virility and self-confidence thanks to its natural component.

Ginseng is a plant that’s also been used in Chinese medicine. It belongs to the family of Panx (panacea in Latin) and has been viewed as a “superior tonic”. It increases resistance to stress and allows your body to adapt to situations of extreme stress.

For your intimate life, ginseng helps restore your sexual power by invigorating your body and improving your nervous system. Its components also have vasodilating effects, which improves blood flow. Not only in your penis but also in all your body. Thanks to ginseng, your erections will be stronger and last longer.

Ginseng-based pills or tablets or other ingredients such as Tribulus were created to give intensity to your sex life and more vigour to male performances. Among them, there’s Erectlab, the new blue pill available without a prescription. Its main goal is to enhance erectile function and to make the penis harder. By making the blood flow easier and giving more pleasure to your partner.

SupraMen is another plant-based sexual booster. It’s a four-in-one food supplement that enhances your erection. It also increases your sexual power, stimulates your sexual desire and extends your pleasure. This product can also be found on Poppers Aromas.

Muira Puama, also known as the “Viagra from Amazonia” is a plant from the Brazilian Amazonia. Which has been used as a natural tonic to help you fight fatigue or the weakness of your body. In Europe, this natural plant is known as an aphrodisiac and a sexual booster that helps men against erectile dysfunction and impotence.

Muira is also efficient against women’s sexual dysfunction also known as loss of libido. The extracts from this plant enhance sexual desire and help to relax in case of stress or fatigue.

On Poppers Aromas, you’ll find two Muira-based sexual boosters. Bois bandé, a food supplement in capsules and Top Desire for the women wishing to have their hormonal balance back.

These sexual boosters contain extracts of Muira Puama. For a positive effect on sexual energy, erection and men’s and women’s libidos. By giving back hormonal balance, Muira helps to keep a sexual life and physical and mental stamina.

Tribulus Terrestris is one of the sexual boosters which is best known for enhancing sexual performance and boosting libido. It’s been used for centuries in Chinese and Indian medicines for its aphrodisiac and stimulating effects to increase the level of testosterone of males.

The most common way of using Tribulus Terrestris is in food supplements. These capsules usually contain extracts from these plants combined with caffeine or some vitamins to naturally increase the testosterone level.

In our catalogue of supplements to enhance men’s sexual performances, you’ll find sexual enhancers with natural ingredients such as Testo Man and XL Power.

These boosters for males will help you increase the levels of testosterone in your body. As well as increase your erectile function with the power of Tribulus Terrestris. As with XL Power, they’ll increase your quantity of sperm and improve your blood flow.

How to keep your poppers fresh?

What to do with your poppers when it is worn out or no longer usable?